Georgia L. Stone, Esquire, became interested in a legal career when she shadowed a local Delaware County attorney as part of the Career Exploration program at Sun Valley High School.

While in law school, Georgia was also featured in the Student Lawyer, a national publication for law students, for her work mentoring high school students, and obtained legal experience in the Pennsylvania Governor's Office of General Counsel and the Pennsylvania Insurance Department.  Georgia also authored a written work published in the Young Lawyer, a publication of the Young Lawyer's Division of the American Bar Association.

After law school, Georgia clerked for Judge David R. Workman of the Lancaster County Court of Common Pleas as well as for now retired Chief Justice Ronald D. Castille of the Supreme Court of Pennsylvania, and has also served as an Adjunct Professor of Business Law at Eastern University.

Georgia is an experienced attorney, having written many wills and handled numerous estates, including estates valued at over one million dollars.  Georgia is admitted to practice in the State Courts in Pennsylvania, and is a member of the Delaware County Bar Association.  Georgia is a former Treasurer of the Coebourn Elementary School PTL, the current Secretary of the Board of Governors of the Brookhaven Swim Club, and served as an elected Director of the Penn-Delco School Board from 2015 to 2019, having been elected by voters in Brookhaven, Parkside, and Aston in 2015, with over 4,000 total votes cast in support of her candidacy.

Georgia was voted a Best Lawyer by readers of the Delaware County Daily Times in 2015, 2016, 2019, 2020, and 2021, and received a Certificate of Recognition from the Pennsylvania House of Representatives for her service as an elected Penn-Delco School Board Director.  Georgia has also previously been appointed by the Delaware County Court of Common Pleas as a Guardian Ad Litem for alleged and/or adjudicated incapacitated persons. 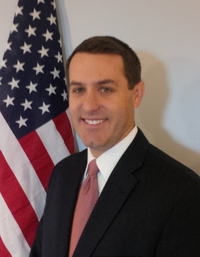 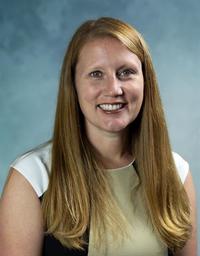 Matthew C. Stone, Esquire, began his legal career in the late 1990s by volunteering with a governmental office of attorneys who handled legal matters on behalf of Riverside County in Southern California.  He continued to volunteer while he attended college at the University of California, Riverside, and that experience prompted Matt to attend law school at the Penn State University Dickinson School of Law.

At Penn State Dickinson, Matt served as a Member of the Jessup International Law Moot Court Team and as the Executive Editor of the Penn State International Law Review, and was awarded The Richard Reeve Baxter Award as well as the CALI award for excellence in Products Liability.

While in law school, Matt interned with a Justice on the Supreme Court of Pennsylvania, and worked as a Research Assistant for Professor and former Dean, Michael J. Navin, on Understanding Contracts, a legal text published in 2004 by LexisNexis. Before graduating, Matt also obtained legal experience at The Law Office of Bell, Orrock & Watase, Inc., in Riverside, California, and at Wolf, Block, Schorr & Solis-Cohen, LLP, in Harrisburg, Pennsylvania.

After law school, Matt spent 6 years as an Associate attorney at the Philadelphia office of Marshall, Dennehey, Warner, Coleman & Goggin, PC, a large insurance defense law firm, where he represented a variety of individual and corporate clients in litigation matters.  Matt gained invaluable insight into the strategies and tactics used by insurance companies when defending claims asserted by injured individuals, and now uses the knowledge gained through that experience to help individuals who have fallen victim to the negligent actions of others.